This week there were three hearings in Washington D.C. addressing the infant formula shortage and the reasons behind it. FDA officials were pressed about the failure of leadership and disorganization of the recall by Abbott Nutrition. The FDA refused to take food safety seriously and now the most vulnerable are at risk.

The Abbott recall could have been prevented. The agency had reports of safety failures months before the contaminated formula sickened babies and caused two deaths. Now, infants are going hungry due to the delay and lack of urgency.

Sign the petition now to help us add Cronobacter Sakazakii to the Nationally Notifiable Disease List to prevent this from happening again.

Here is what the head of the FDA said in testimony to congress just last week:

The CDC receives reports on foodborne disease outbreaks from state, local, and territorial health departments. On average, CDC receives two to four Cronobacter case reports annually; however, because Cronobacter infection is not reportable in most states, the total number of cases that occur in the United States each year is not known. 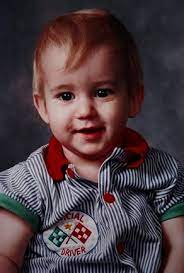 Here is a bit of history about why having bacterial infections reportable make a difference.

California – 34 ill: From mid-December to mid-January, 9 cases of E coli O157:H7-associated bloody diarrhea and the hemolytic-uremic syndrome had been reported in San Diego County, California and 1 child died. A total of 34 persons had bloody diarrhea, the hemolytic-uremic syndrome, or E coli O157:H7 organisms isolated from stool during the period November 15, 1992, through January 31, 1993. Organisms of E coli O157:H7 ultimately identified from 6 persons were indistinguishable from those of the Washington outbreak strain linked to Jack in the Box restaurants in Washington, Idaho, Nevada and California.  All the pre-formed frozen hamburgers were produced by Von’s in California and shipped to those restaurants in those states.

According to public health officials:

Improved surveillance by mandating laboratory – and physician – based reporting of cases of E coli O157:H7 infection and the hemolytic uremic syndrome might have alerted health officials to this outbreak sooner, which could have resulted in earlier investigation and the institution of measures to prevent more cases.

Clearly, had E. coli O157:H7 been reportable, public health officials in California would have caught the illnesses and most likely prevented the hamburgers from being shipped to other states.  Hundreds of people – specifically children – would not have been sickened and three would likely not have died.

The final after – outbreak report by the CDC found that nearly all illnesses in states other than California occurred AFTER the cluster of 34 cases that went unreported in California.

Washington – 602: On January 13, 1993, a physician reported to the Washington Department of Health a cluster of children with hemolytic uremic syndrome (HUS) and an increase in emergency room visits for bloody diarrhea. During January-February 1993, 602 patients with bloody diarrhea or HUS were reported to the state health department. 144 were hospitalized, 30 developed HUS and three died.

Nevada – 58: On January 22, after receiving a report of a child with HUS who had eaten at a local chain A restaurant, the Clark County (Las Vegas) Health District issued a press release requesting that persons with recent bloody diarrhea contact the health department. Of 58 persons whose illnesses met the case definition 9 were hospitalized and 3 developed hemolytic uremic syndrome (HUS).

Do something to prevent the next Cronobacter Sakazakii outbreak from being larger than necessary.