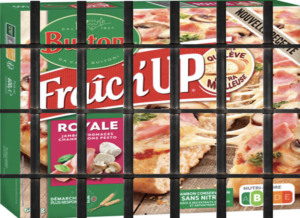 According to Paris Beacon News: The discovery of the Escherichia coli bacteria in Buitoni frozen pizzas risks having legal proceedings. An investigation for “manslaughter”, “deception” and “endangering others” was opened after several serious cases of contamination, the Paris prosecutor’s office said on Friday.

This investigation, conducted by the public health center (PSP) of the Paris prosecutor’s office, has been open since March 22. Health authorities announced on Wednesday that they had established a link between the consumption of these pizzas and several serious cases of contamination, while dozens of French children fell ill and two died.

“The PSP, on divestiture of the parquet floors of Nancy and Saint-Malo and in application of its competence in matters of offenses affecting health”, took up the investigation, specified the parquet floor of Paris.

It was entrusted to the Central Office for the Fight against Damage to the Environment and Public Health (Oclaesp), the General Directorate of the Gendarmerie, the Investigations Department of the General Directorate for Competition, Consumer Affairs and for the repression of fraud (DGCCRF) and the National Brigade for Veterinary and Phytosanitary Investigations (BNEVP) of the Ministry of Agriculture, said the prosecution.

Several complaints have been filed with the courts in France. Since the end of February, France has experienced an upsurge in cases of hemolytic and uremic syndromes (HUS) linked to contamination with the bacterium E. coli.

Public Health France had indicated on Wednesday that 75 cases were under investigation, including 41 for which “similar” hemolytic and uremic syndromes were identified, and 34 for which additional analyzes are in progress. Two children have died, although the connection to the pizzas has not been confirmed in either case.