Not surprisingly BPI, the maker of Lean Finely Textured Beef (LFTB), a.k.a.”Pink Slime,” per the New York Times 2009, dismissed my clients, two former USDA scientists from a lawsuit that has been pending since 2012.  I had suggested the same shortly after the lawsuit was filed – but, hell, who ever listens to me? My thoughts on the merits of the entire lawsuit are best summarized here in a post I did several years ago: 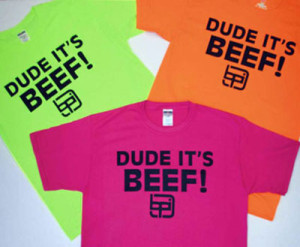 What if you were the CEO of a multimillion dollar, privately held food manufacturing company and awoke one morning to find that the name of your best selling product (you previously had painstakingly crafted the name to sound so appetizing) was now known to the public as “Blue Barf,” “Green Goop,” “Purple Puke,” “Red Rubbish,” or “Yellow Yuck?”

What if you had come from nothing and had worked your adult life to create a product used widely by consumers only to find that those same consumers (despite all your donations to charity) had turned against you?

Now, instead of consumers happily (perhaps unknowingly) eating millions of pounds of your product yearly in homes, schools and restaurants, many of those consumers are “twittering” and “facebooking” that your product is now pure evil.  Thousands of formerly ignorant consumers are now signing petitions asking for the product to be banned or at least labeled.  Bloggers (those damn bloggers) are recycling news articles of years past that cited emails from former government employees that raised questions about the chemicals in your product and coined the terms “Blue Barf,” “Green Goop,” “Purple Puke,” “Red Rubbish,” or “Yellow Yuck.”  Now the “lame stream” media, “faux” news and the 24-hour news channels are piling on.  And, to pour salt into your wounds, the comedians pounce – making your product the butt end of every late night joke.

Consumers have reacted and pressured grocery stores, schools and restaurants to pull your product.  For the first time in decades sales have dropped.  Your plants are temporarily closed and the specter of unemployed workers weighs heavily on the now isolated CEO.

Sitting in the boardroom (it feels more like a bunker) with family, friends, and a pile of consultants (all of them paid handsomely) the CEO feels more than slightly paranoid, and for good reason.  People are actually out to get him.  He turns to his circle of family, friends and consultants and asks: “Why is this happening?”  “How can we rebuild public trust and sales?”

“Why is this happening?”

Although many food companies and their government minders feel that consumers, like mushrooms, are best left in the dark, today where information, accurate or not, is accessed on smartphones, the old rules simply do not apply.

“Why is this happening?”  It is happening because the CEO did not trust consumers with the truth.  Pre-the easily accessible Internet, companies and governments simply made decisions and assumed the public did not care or did not need to know what was in their food.  That is neither no longer possible nor the case.

Not openly explaining how the food product was made and what all the additives and ingredients are was a foundational mistake for this CEO.  Of course, even 10 years ago it was possible to have an idea for a food additive (err, processing aide), to get a college professor hungry for research dollars to give it high marks, and to get a government bureaucrat yearning for a post-public sector job, to approve its quiet introduction into commerce.   Those days are done.

It was also a bad idea to ignore dissenting expert opinions that made it into memos and emails.  Documents, especially electronic ones, now exist forever, and, if there exists something negative about your product it cannot and should not be ignored.

“How can we rebuild public trust and sales?”

First, there are a couple of things not to do.

Do not shoot the messenger.  Blaming what is now happening on the media or the moms who are concerned about their kids health never works.  Had you not built the foundation of your business in part by deciding the public did not need to know something – even something that you believed was good for them – the explosion of negativism you are now experiencing would have been a passing storm instead of a hurricane.

Do not threaten legal action against anyone.  There are too many good lawyers (this one included) who would gladly take up their defense – pro bono.

For goodness sakes, do not play the political card.  Sure, you have given hundreds of thousands of dollars (perhaps millions) to politicians (hopefully from both parties – Republicans and Democrats will equally prostitute themselves), but do not make them dance in support of your product as they try to explain that the money you threw at them has no bearing on their willingness to dance.  And, please do not make them eat your product or say how safe it is in front of the national media.  No one will believe people that you paid to endorse your product.  Remember, politicians are considered only slightly more trustworthy than lawyers, however, both are in single digits.

So, how can you rebuild sales when what consumers see and hear are “Blue Barf,” “Green Goop,” “Purple Puke,” “Red Rubbish,” or “Yellow Yuck?”

Why not say it was a mistake to hide from the public all ingredients and additives that are in the product?  Tell the consumer what they already know – they have a right to know.

Why not tell the public how the product is made and what is in it?  If you are proud of your product, explain in honest and clear terms why you are.

Tell the consumer what the real benefit of the product is.  Does it taste good?  Is it healthful?  Does it save on energy?  Is it sustainable?  Does it create good jobs?  Is it good for the environment?

Is the product itself, what is added to it, and the process to make it, safe?  What have been and are your lab test results?  Why not post them online?  If you are proud of the safety of your product, prove it.

Invite the public, not politicians, to your plant for a tour and a taste test.

Bottom line:  If you have nothing to hide then hide nothing.

Humans have a great capacity to forgive when they are told the facts.  Perhaps someday “Blue Barf,” “Green Goop,” “Purple Puke,” “Red Rubbish,” or “Yellow Yuck” will be forgotten and the name you so painstakingly crafted to sound so appetizing will be remembered – Dude.